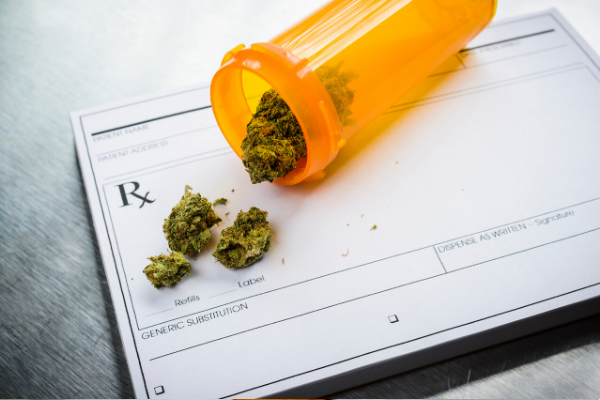 As medical marijuana becomes more accepted by the medical community as a pain-relief or treatment for certain medical conditions, workplace illnesses, or injuries, its use has been a growing hot topic in Workers’ Compensation cases.

In California, medical marijuana/cannabis is legal for any patient since 1996, but only with a doctor’s recommendation. However, it is not covered by the Workers’ Compensation system, so insurance companies usually deny reimbursements for cannabis-based treatments even if they are recommended by a doctor.

California—the state that pioneered the legalization of medical marijuana—is lagging far behind other states regarding medical marijuana being reimbursed by insurance companies in Workers’ Compensation cases.

In other states, Judges stated that this does not violate the Federal Controlled Substances Act because employers would not be possessing, manufacturing, or distributing marijuana. In California, federal law prohibits prescription of Schedule 1 drugs. Doctors can, however, make a recommendation for its use after reviewing medical records, including other medications the patient has already used.

Insurance companies’ concerns about medical marijuana include the drug effects on the injured worker, the unregulated nature of the business, the consistency of the drug’s contents, the unstandardized dosages, and how this drug interacts with others prescribed by the doctor. Also, the fact that marijuana’s use, possession, and distribution is illegal under federal law.

Supporters of medical marijuana argue that it can decrease medical expenses when dealing with chronic pain, which can derive from any kind of injury, including work-related injuries.

According to a study published in Health Affairs in July 2016, the implementation of medical marijuana laws led to a significant decrease in the use of prescription drugs for which marijuana could serve as a clinical alternative and Medicare would save more than $468 million per year on medications for disabled Americans, especially those older than 65.

In an article for Harvard Health Publishing, Peter Grinspoon, MD, wrote that the least controversial marijuana’s component is the extract from the hemp plant known as CBD (cannabidiol), because it has “little, if any, intoxicating properties” compared to other components such as THC (tetrahydrocannabinol), which causes the “high” symptoms.

“Patients do, however, report many benefits of CBD, from relieving insomnia, anxiety, spasticity, and pain to treating potentially life-threatening conditions such as epilepsy,” said Grinspoon. He added that medical marijuana is quite effective for chronic pain that affects millions of Americans.

Currently, marijuana is legal in 29 states and Washington, DC. However, all the states prohibit marijuana consumption in the workplace.

In California, weed usage can affect your Workers’ Compensation case litigation and your claim. If your employer proves that your work-related injury was caused by marijuana consumption or you were impaired because of it, your claim will more likely be denied.

About Pacific Workers’, The Lawyers for Injured Workers

Pacific Workers', The Lawyers for Injured Workers is Northern California's Premier Workers' Compensation and Personal Injury Law Firm. They represent First Responders, Health Care Workers, Construction Workers, Delivery Workers, Warehouse Workers, and the other hard-working people that keep our community moving in their Fight for Justice against the Insurance Companies.

With over 250+ Five Star Reviews, an incredible staff of caring, well-trained, advanced technology for superior client communication, a track record of an over 98% win rate and giving back to our community through the Pacific Workers' Foundation, it is easy to see why Pacific Workers' is the go-to law firm for all injured workers in Northern California. Offices in Oakland, Concord, Stockton, and Sacramento.

If you or a loved one needs our help or just have a question, give us a call 888-740-6434 or email Intakes@pacificworkers.com We are here to serve!