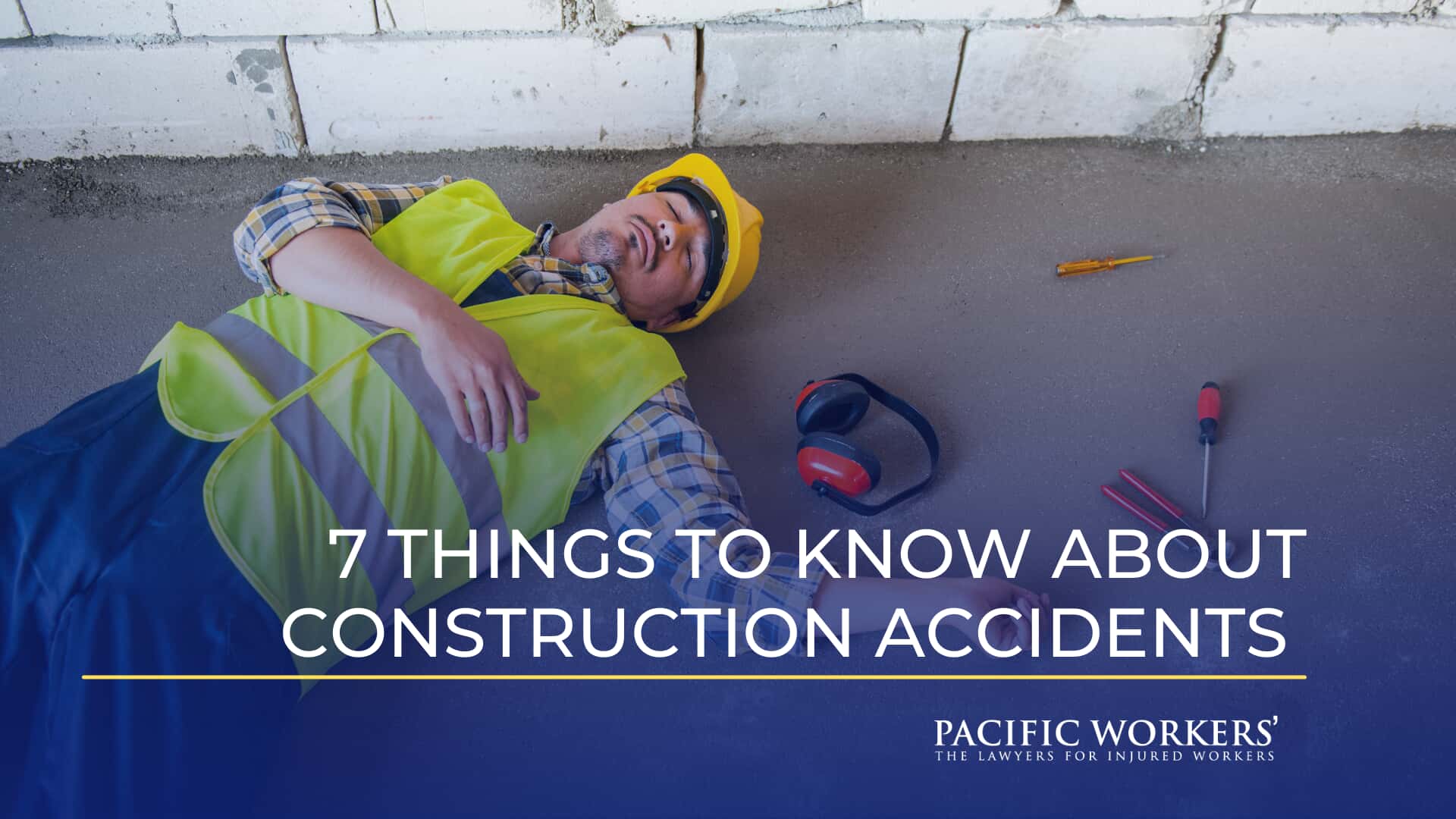 Another common construction injury is the back injury. This type of injury can be sustained when a worker must lift or move heavy objects. In addition, it can even be sustained from the repetitive movements that a worker may do on the job.

Other common injuries include the following:

Due to the nature of construction work, one of the questions workers may have is, who is liable if they get hurt? The truth is that there are several points of liability that a worker can pursue. Each point of liability is outlined below.

What to Do If a Construction Injury Is Sustained

If you sustain an injury on a construction site, you must do the following:

After sustaining a construction injury, the most important thing to do is to seek medical attention. This may seem like an obvious tip, but some people think that they can just treat the injury with over-the-counter medication and that they can just go to work. However, this can impede recovery, so one must be brought to the nearest hospital for assistance.

If you are injured in a construction site, and you suspect that it wasn't just an accident, you must gather witness accounts that can prove that you weren't just sitting on a ladder when it collapsed, and you sustained an injury. You can do this by getting testimonies from other workers but also bystanders.

If you believe that you have a case against the company you work for or a third party involved in your injury, you must hire a lawyer. This will help you improve your chances of maximizing a settlement or a verdict if the case goes to court.

If you sustain an injury in your work, you must file a claim. The filing of a claim gives you the right to file a lawsuit. However, you must state the grounds of your suit in your claim. For example, if your injury was sustained because you were negligently provided with defective equipment, you can state that in your claim.

If your injury was sustained because the site or personnel violated OSHA standards, some injuries must be reported. It doesn't mean that the worker will be penalized, but it might help your case.

If you're not satisfied with the compensation that you receive from your workers' compensation claim, then you can appeal the claim. Remember that the appeal process takes time and effort, so you may want to discuss it with your lawyer beforehand.

Construction work is dangerous work, and the injuries sustained can cost a worker dearly. However, workers can still receive fair compensation and gain an advantage over the company if they know the steps to take when hurt at a construction site. As long as everything is done within due process, the affected party will get a fair amount of compensation.

If you're looking for a workers’ compensation lawyer in Oakland, Tracy, Stockton, San Jose, Sacramento or Concord, Pacific Workers', The Lawyers for Injured Workers can help! We understand the pains of the legal process, so our team of experienced legal consultants can help you get fair compensation. Contact us today at 800-606-6999 for a free consultation!