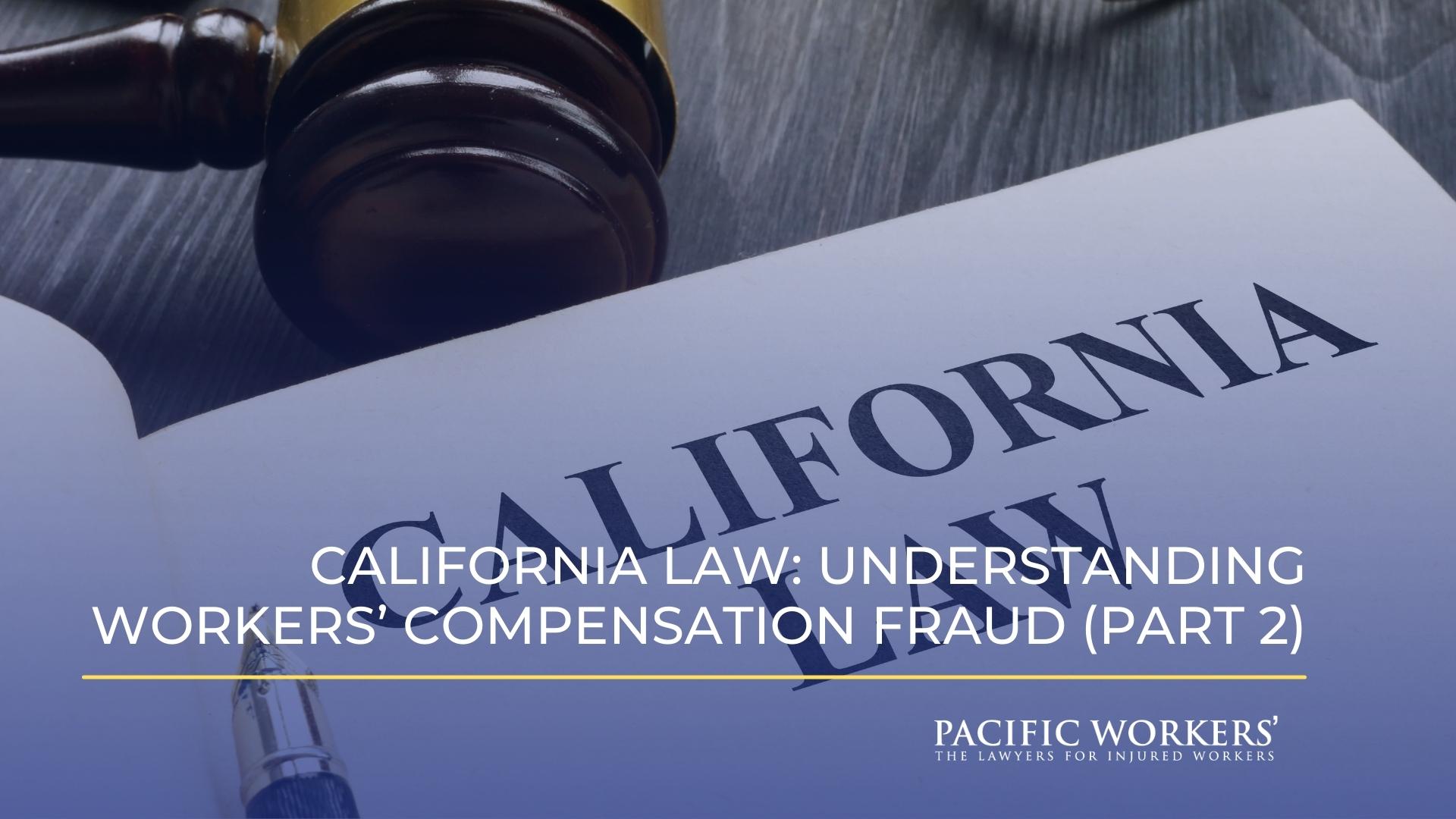 In the first part of this series, we gave you the basic information you need that can cover the most important bases of workers' compensation fraud under California law. Now, for the second part, let’s go a little deeper and dig more into the finer details, such as intent, forgery, and expunction. Read on to discover more about some of the most common workers' compensation fraud defenses.

The prosecutor must prove that you intended to defraud or make a false statement.

Others may have witnessed your fall a few days before you filed a work-related accident claim. Your prior fall was mild and left you unscathed, but a witness claims you fell and were injured.

On a claim form, you state that you have no prior injuries. You are now being charged with defrauding the insurer by making a false statement about a comparable injury as a result of your failure to report the previous incident.

You did not seek medical attention after the last fall and did not notify anyone that you were not hurt, indicating that your omission to report it was not dishonest.

Perhaps you misinterpreted something on the claim form or answered a question in a way that the investigator mistook for intentional deception.

Inadequate Proof or Lack of Evidence

Contrary diagnosis or medical outcomes may lead to a charge of fraud. If you claim emotional distress or a medically diagnosed disease such as carpal tunnel but an insurer-employed physician believes you are making it up or lying, the DA will have a difficult time establishing you are guilty of fraud.

A conviction under IS 1871.4 must be expunged because this means that any landlords or private employers who undertake standard criminal background checks on you will not find any expunged convictions.

Qualifications for an Expunction

Let’s say, even if you are convicted under Insurance Code 1871.4 or Pennsylvania Code 549 or 550, the penalty will very definitely be county jail, making the offense expungeable. In contrast, Insurance Code 1871.4 convicts violators to state jail. There is no post-conviction relief available for any conviction served in a state prison.

Other offenses that can be charged in conjunction with workers' compensation fraud include:

Health care practitioners may double bill or overcharge in addition to filing fake claims for payment for services not delivered. Their actions are in violation of Penal Code 550, which also applies to employees who file false claims.

In the first part, we’ve established earning more awareness and knowledge regarding this topic. Meanwhile, for this piece, we’ve added valuable information that could help you get out of trouble. Now with a better grasp of the situation, you can find solutions that could fit you, your employee, a friend, or a co-worker.

Are you looking for workers’ compensation attorneys in California? Pacific Workers', The Lawyers for Injured Workers, provides you with legal representation by professionals whose credibility is unprecedented. Book a free consultation today at 800-606-6999..