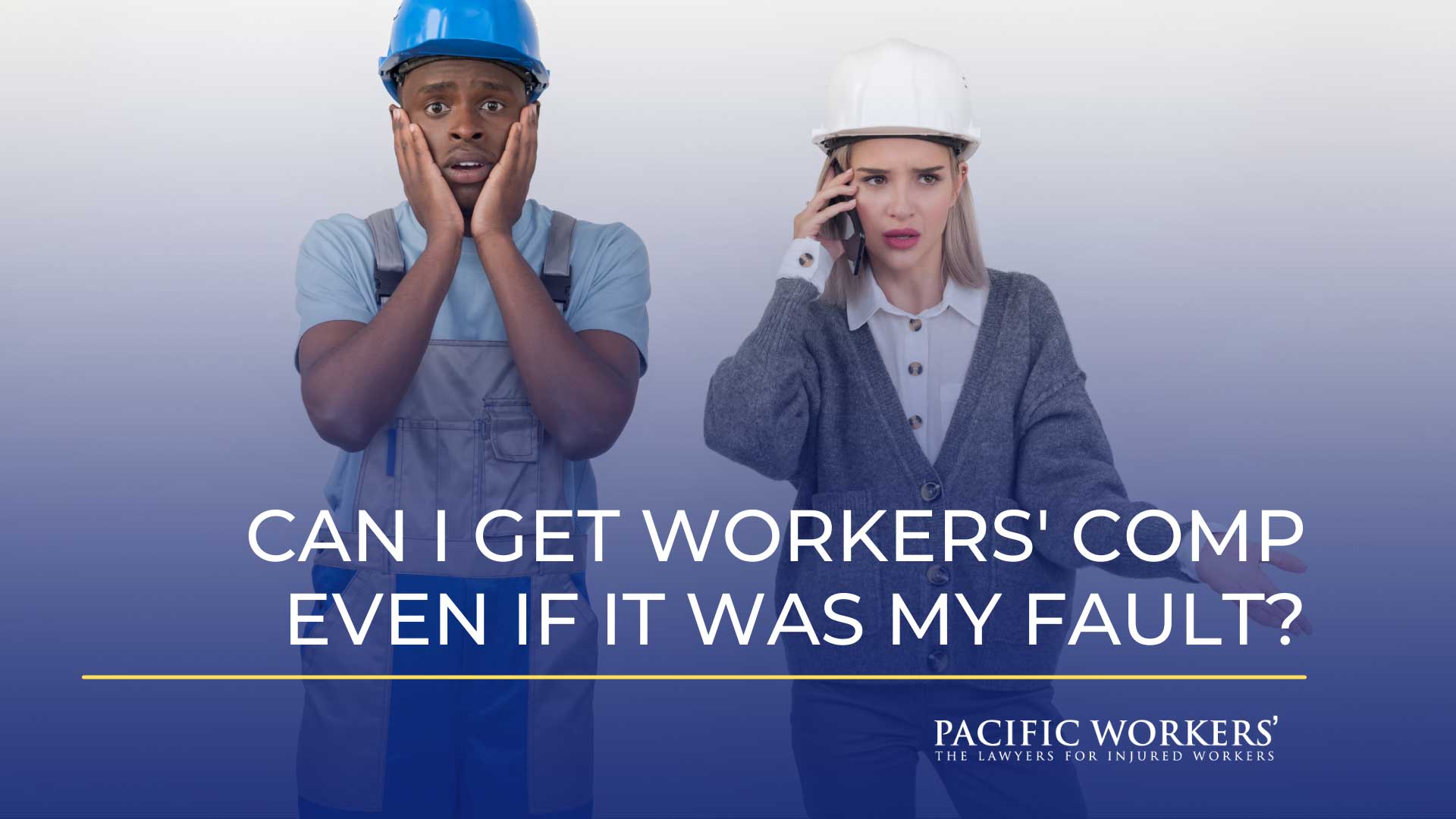 There are many injuries that may happen in the workplace. However, the sad truth is that many workers find themselves afraid to come forward because they feel like the accident is their fault. Many victims of workplace mishaps worry that since they are at fault, they will be less likely to try and seek compensation.

The million-dollar question is: Is it still possible for one to get worker’s compensation even if the accident was their fault? If you find yourself in a similar scenario, it is important to know what to do. This blog post will shed some light on how fault comes into play in a workers’ compensation case in California.

Can I Still Get Workers’ Compensation If I am at Fault?

However, there are some exceptions to this rule. In some instances, California’s workers’ compensation will not cover injuries sustained under the circumstances mentioned below.

If the injury was sustained while the worker was under the influence, it will not be valid for workers’ compensation. Drinking while on the job is not allowed under any circumstances, so it will make sense that the compensation will not be granted should this be the case.

Injuries that happen while in a fight with another employee, even if the fight and injury happened within the worker’s time of duty, will not be covered by the workers’ compensation code in California. However, if the worker got into a fight to defend themselves, they may be able to seek compensation for the injuries they sustained.

Workers who intentionally use the equipment for purposes other than what they are intended to be used for may not be compensated. This is because employees are supposed to know the dangers of misusing the equipment and what could potentially happen if something goes wrong.

A worker who harms themselves on the job on purpose will not only be denied a workers’ compensation claim but will also be charged with insurance fraud. It goes without saying that it is illegal to intentionally harm oneself and try to claim compensation and insurance for the incident.

Getting into an accident in the workplace is not uncommon, especially if you have a high-risk job. If you ever get hurt or injured while on the line of duty, the silver lining is that you may be able to claim compensation under the right circumstances. Working with the right workers’ compensation law firm will ensure that you are represented in the best possible way to make for a favorable outcome.

Should you be in need of workers compensation consultants in Northern CA, come to Pacific Workers’. We are “Pacific Workers’, The Lawyers for Injured Workers” and aim to help injured workers gain the most favorable outcome for their claim. Schedule a free consultation with some of the best work injury lawyers by calling 800-606-6999.