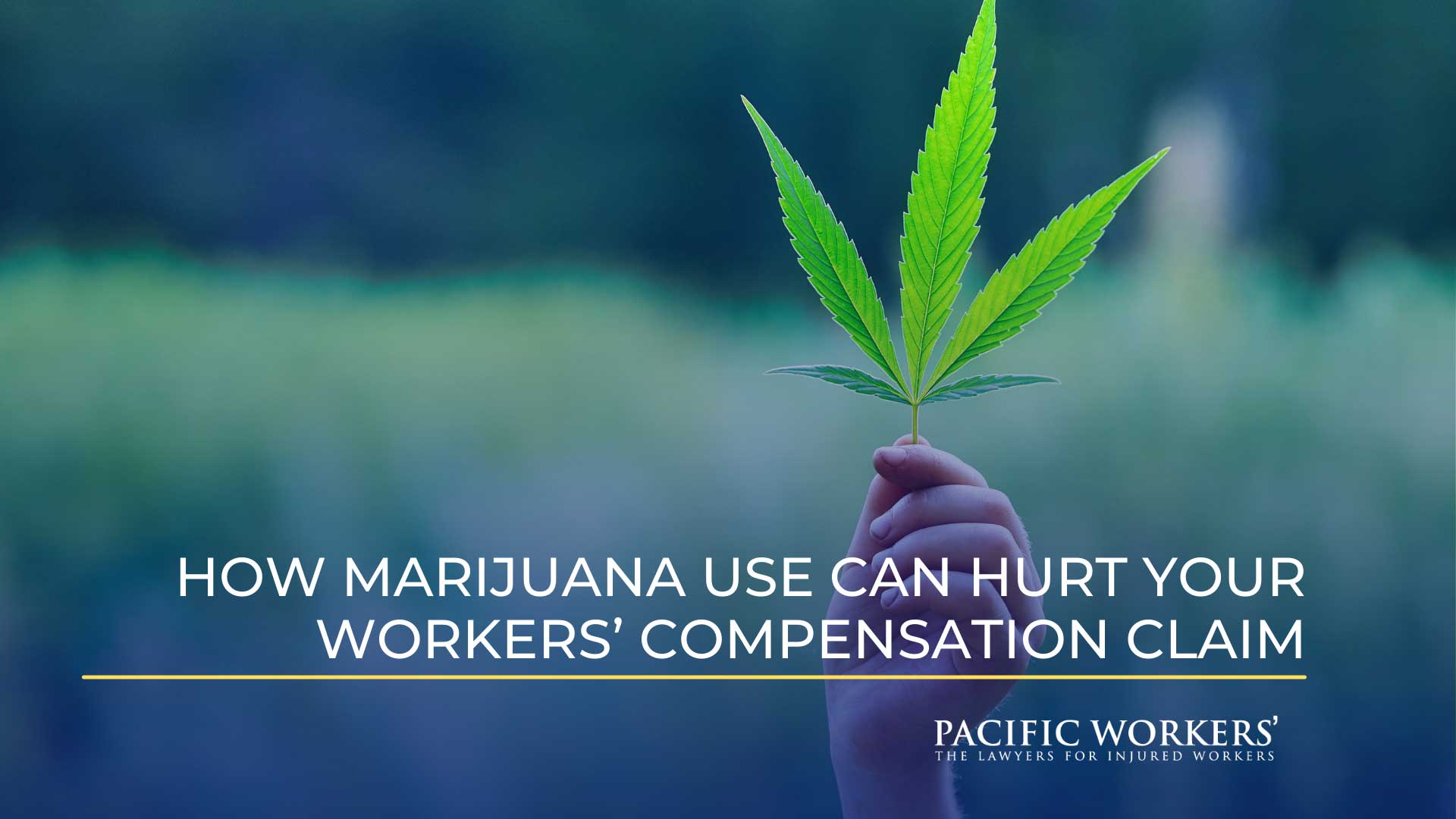 The use of medical marijuana has been legal in several states for quite some time. In fact, Marijuana has been declared legal for medical purposes in some 33 states. 11 of those states even allow recreational use, including California. If that’s the case, then the use of it shouldn’t affect your workers’ compensation claim whatsoever, right? That’s what we’ll be discussing today. Read on to find out how exactly does the use of weed impact your workers’ compensation claims.

“No-fault” workers’ compensation insurance has been around for more than a century, and until recently, the types of injury, illness, and treatments that it covered were well-established. However, with the advent of legal marijuana, there seem to be new scenarios now that need to be discussed with both employers and employees.

One particular scenario involves an employee suffering from a workplace injury while under the influence of recreational marijuana.

If your employer suspects that you were high on marijuana at the time of the workplace accident, they could actually use what’s called the “intoxication defense” to discredit your claim. Now, if your employer can prove the suspicion that you were impaired at the time of your accident, then they have a much stronger case and could easily deny your claim.

If you are trying to recover workers’ compensation for a non-physical injury or illness, the employer might argue that the use of marijuana was the work-unrelated source of your mental or emotional illness. Looking at those scenarios, marijuana can complicate these things even more than they already are. We’re not even talking about how an employer can use your medical records or the result of your drug test to discredit you and damage your credibility. This, in turn, could potentially cost you your case.

Can Employers Order a Drug Test to Deny My Claim?

Every employer has the authority to order a drug test of their employees whenever they want to. This also applies to a case like the one mentioned above where they suspect someone is intoxicated and involved in an accident. While employers mostly use this just as a precaution to rule out the possibility of you getting injured because of drug use, they can also use it against you.

On the other hand, you can also use this to your advantage. Your work injury lawyer can also request for you to undergo a drug test to refute your employer’s suspicions. You must understand that marijuana intoxication can and will delay litigation. This is because intoxication of any kind is a concern in legal proceedings. You must also consider that in depositions and in examinations, individuals are frequently requested to provide information about their drug usage.

In the end, smoking marijuana is your choice, but remember that weed usage could negatively affect your workers’ compensation litigation and leave you with no compensation whatsoever. Whether you use it medically or for recreation, there could be some serious repercussions to it. Even if you smoke marijuana on occasion, your employer can still use that to damage your credibility.

If you were involved in an accident while on the job or suffer a work-related illness, you need the help of a passionate and skillful lawyer to get the benefits you need to get back on your feet. Pacific Workers', The Lawyers for Injured Workers, is here to help. As California workers’ compensation attorneys, we represent injured workers throughout Northern California. Call (800) 606-6999 for a free consultation today.