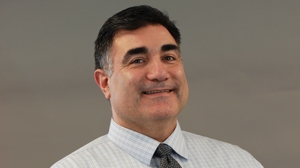 Pacific Workers' Compensation is pleased to announce the promotion of Ruben Amezquita to Case Manager for Team Kassem. As Case Manager, Ruben will act as an advocate for clients -- stewarding their cases, scheduling hearings & attorney calls, filing documents, and fighting to make sure their needs are met. Previously, Ruben served as the Assistant Case Manager for Mr. Kassem’s team. His years of Workers' Compensation experience make him a valuable part of our team.

Before he pursued the legal profession, Ruben was a chiropractor whose practice focused on Workers’ Compensation and Personal Injury patients. During this time, he served as a QME. Outside of work, Ruben enjoys spending time with family, grilling, and going to Warriors games. He lives in Redwood City with his wife. Ruben is fluent in Spanish.