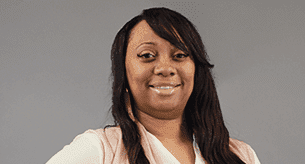 A while back, I was thrown into the world of veganism. I stumbled across a documentary on Netflix called What the Health -- don’t watch it if you’re not ready -- and my eating habits were turned upside down. This documentary exposed what I believed to be were many truths about the negative effects of consuming meat and dairy. I instantly changed my entire diet and went vegan. Well, that lasted about eight months. Cut me some slack if you’re judging me -- I tried! I’m quite proud of that streak. It’s hard to change your habits after decades of doing things one way.

I take comfort in blaming my boyfriend for my fall from vegan grace. I was doing well until he moved in. As a vegan woman, living in a home with a carnivorous man is far from easy. My meatless meals were met with fierce opposition. He’d say he couldn’t live without fried chicken. I’d say that I was tired of cooking chicken for him, and that they needed to come out with some new animals. At least we could laugh about it.

Let’s fast forward to the present. Currently, I am stuck in between, in place where I still eat meat/dairy and then will go vegan for days only to go back to eating meat/dairy. I think this place is called Guiltville. Have you ever visited? It’s beautiful. You find yourself here when you feel as if you know better but won’t do better. Not only is knowledge power, but it comes with a certain responsibility. The things that I learned about meat/dairy keep me from comfortably eating the way I once did. Once you know, you know.

I have decided to depart from my extended stay in Guiltville and return to my short-lived vegan lifestyle. But- guess who’s joining me on my vegan road to redemption? My boyfriend! Cue “When a Man loves a Woman.” I have successfully converted him. However, this isn’t about him, this message is for my beloved readers. I’m sharing this to encourage any of you who have tried to become vegan – or make another positive lifestyle change – but faltered. There is still hope! Pick yourself back up again and go for it. It’s never too late to start over! Take it from a vegan drop out. – Kiki